Your Starter Guide to Internet Television!

Posted by Piyush Shrivastava on November 13, 2013


Just like everything else, the Internet television, the best thing since sliced bread, comes with a few requirements. The good thing is that there are things that are readily available, cheap, and easy to connect and use without needing professional help. Internet television offers you so much more than the normal television in terms of clarity, convenience, affordability among others. The fact that it is called Internet television is a dead giveaway that you need Internet; no, that is not a smart remark, it is just the way it is. Internet television requires you to be conversant with using the Internet, and this should not be a problem because it is universal now and no one who cannot use the Internet would be reading this anyway.
You can get an Internet connection through various ways, you could subscribe to data bundles if you are using your hand held gadgets because this is the cheaper option. For different service providers, you will need to compare the rates and decide which one suits you.
Once you have decided on this, you will be in a position to choose a bundle you can afford either monthly, bi annually or annually depending on the arrangement. You then need to look for an Internet television site, or sites that offer what you like to watch or a mixture of what you prefer.


Again, it is called television; it is for watching so this is also a rather obvious requirement. If you have been using a normal television, however you might have to upgrade your television set to accommodate the connections to the Internet.
Some connections are done direct through USB, HDMI and the normal cables but you might need to confirm before discounting your televisions abilities. The screen could be a television or a computer screen; which will act as the interface you require to watch and enjoy the programming offered. If you are using hand held devices such as phones, IPads, tablets, laptops and anything else that has different forms of operating systems, you will need to have installed a flash player. This is an application, which allows your device to play different types of videos from the Internet. It is the most suitable multimedia plug in that your computer or your device will require and will not be able to work with Internet television without it. It is a small plug in and swill not make a lot of your space. Further it is free and swill not cost you to download, perhaps only on your bundle which will be negligible.


Some Internet televisions will be offered free of charge and might not require you to be subscribed. However many of the stations available will require that, you subscribe in order to experience the full nature of their services making it easy to watch what you want to watch anywhere. You will need to choose the Internet television that offers the best services, flexible and affordable for you.
For some Internet television stations, you will be required to make sure you subscribe and choose your payment plan while others give you a period to test their services for a trial period before you decide on whether you want to use them or not. This is a better plan instead of choosing to subscribe and pay blindly from a catalogue. As mentioned earlier, some stations offer their programming free of charge while others require that you pay a small fee as compared to cable and satellite television. Whichever the case, the buck stops with you to know whether you will be able to afford and what package will work for you. However, it is more advisable to think of the convenience instead of the price that you will be needed to pay.


This guest post is authored by Shruti Vaghe, a freelance blogger. She often writes for  VMedia, a company that provides TV over the internet. Shruti likes to bake and hike in her free time. You can also follow her on twitter @ShrutiVaghe
Technology 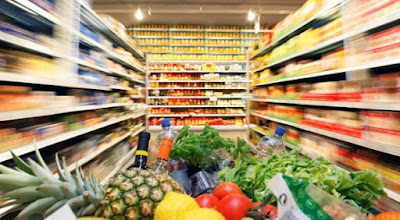